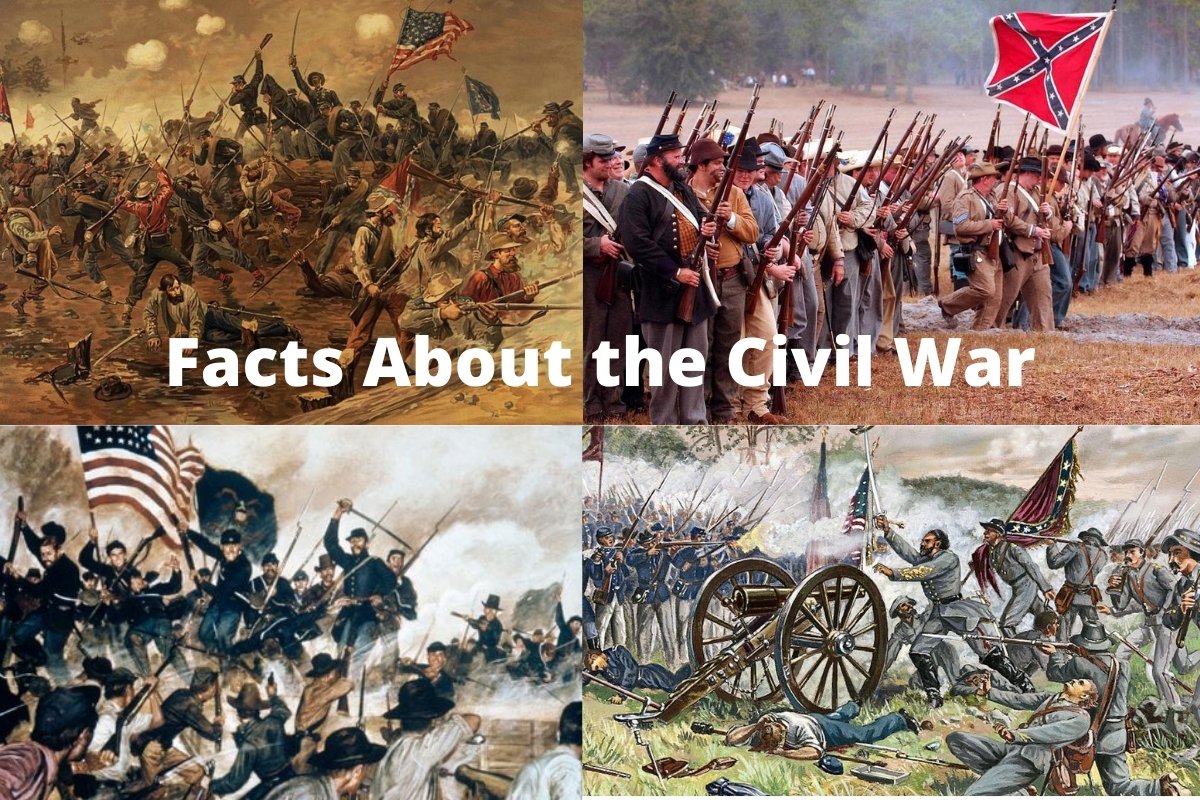 The civil war was one of the most impactful events in the history of the United States of America.

It shaped modern America as we no it today.

Roughly 620,000 soldiers died out of 2.4 million that participated in it, considerably more were seriously injured.

What Caused the U.S. Civil War?

Many people are still debating the source of the U.S. Civil War. According to James McPherson, Pulitzer Prize winner, the Civil War started when the slaves in the free states and slave states argued over the power that the government had on prohibiting slavery in the territories, which were non-states.

As soon as the election was won by Abraham Lincoln in 1860, things changed. He ran on a promise to prohibit slavery from those territories. However, there were seven southern states that seceded; forming their own nation, which was known as Confederate States of America and not United States of America.

Of course, President Lincoln and his administration, including people living in the North did not recognize the legality of this sedition. The fear was that this sedition would discredit the idea of democracy; creating precedence that would divide the nation into a number of small countries.

What Year was the Civil War?

The U.S. civil war began on April 12, 1861. It started as the Confederates bombed the Union soldiers of Fort Sumter in South Carolina. The war lasted for four years; ending in 1865. The Confederacy army surrender was made by Robert E. Lee at the Appomattox Courthouse.

How many People Died in the Civil War?

When you talk about foreign wars, it is another story. The death toll far surpassed that of the Civil War.

How Long was the Civil War?

Facts About the Civil War

1. Which Army was Victorious in the Civil War?

The armies in the northern region were the winners of the U.S. civil war. The rogue states at that time went back to the United States.

There were several participants of the U.S. election in 1860. It was a strange time in U.S. history. The Democratic Party was divided into four political candidates running at the time.

Abraham Lincoln from the Republican Party was not even on the ballot in many of the southern states. However, Lincoln won in the Electoral College unanimously; in the states where slaves were free.

The slave states were won by John C. Breckenridge. The popular vote was won mostly by Stephen A. Douglas. He was able to win the electoral votes of New Jersey and Missouri. Other participants were John Bell of the Constitutional Union Party.

3. What are the Dates in which Southern States decided to break apart from the U.S.?

There are several dates in which Southern States were separated from the United States and these are as listed:

4. Was Sedition Declared Illegal? If So, When?

Sedition was not acknowledged as illegal until the war ended. In the case, Texas versus White in 1868, the Supreme Court agreed that sedition was not constitutional.

In his opinion, Chief Justice Salmon Chase agreed that the ordinance of secession and all its legislative action that desired to bestow power on it was completely void. He indicated that sedition came about without the law being operative.

5. What Battles Were the Bloodiest of All?

6. What did they do with the dead?

The dead soldiers were exhumed at times and relocated to Confederate or U.S. cemeteries. Most Civil War battles had thousands of soldiers who died and because of the time and effort it would take to dig up the bodies, many of them were placed in unknown tombs.

7. What did they do with the prisoners taken?

During the Civil War, there were in excess of 400,000 soldiers captured. Earlier on in the conflict, an equal number of prisoners were part of the exchange. This helped to keep the number of prisoners at a low number. The practice was discontinued a few years during the war.

When the war ended, the prisoner situation was depressing. Many of them died while placed in frozen camps in states like New York and Georgia.

8. What did soldiers of the Civil War do during their spare time?

Most soldiers engaged in exercise, but when they weren’t doing that, they playing card games, checkers, poker and dominoes. Some drank while others smoked.

Some soldiers spend time writing gift cards to send back home and others made music; especially those with musical talent. When it wasn’t the terror of war, it would be boredom and looking for ways to pass the time.

9. What kinds of food did Civil War soldiers eat?

The types of food that soldiers ate during the Civil War varied between different armies. The diet was not all that good. Many of them drank coffee and ate cookies, which was quite common.

The army serviced corn flour, salted pork and some vegetables and fruits. When the war came to an end, most of the Confederate soldiers were malnourished and experienced starvation.

10. What was the average age of the Civil War soldiers?

Most soldiers that fought the Civil War were 25 years and older. There is no specific detail about the age of Confederate soldiers. However, when the war ended, the young and old were called into service at the inception of all the wars that took place later on.