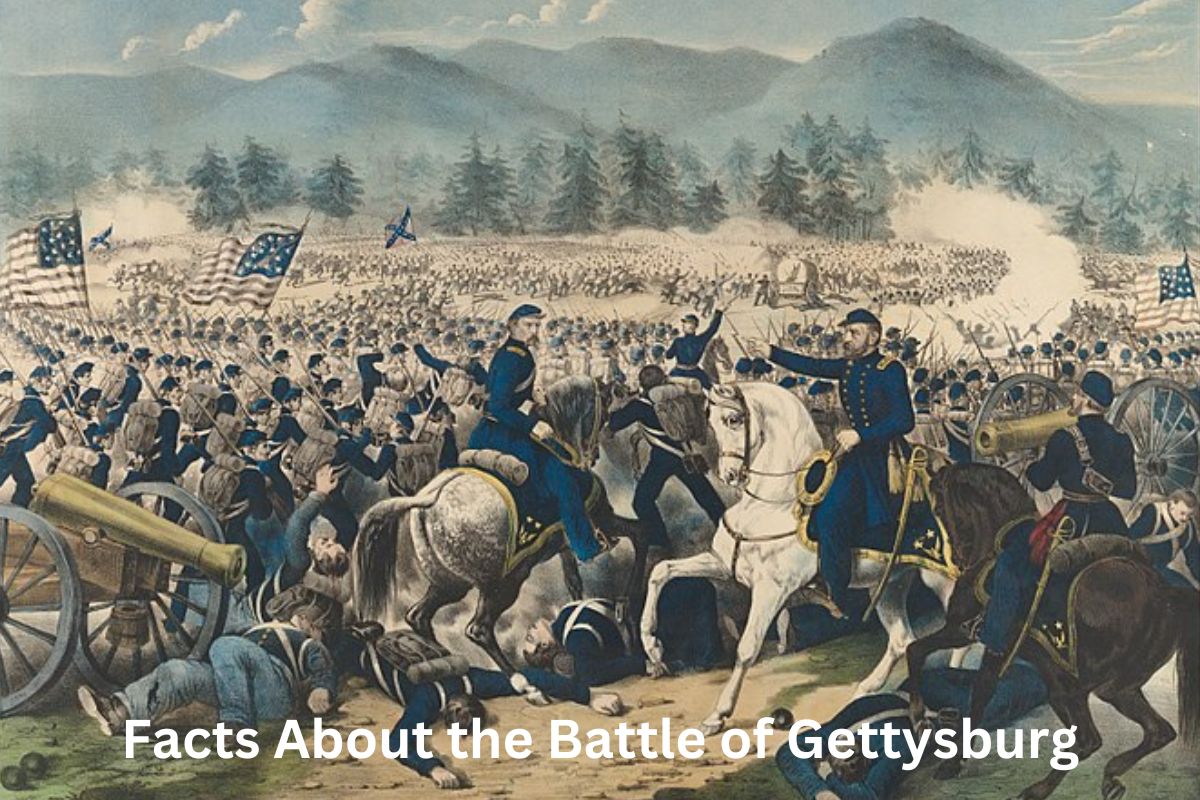 The Battle of Gettysburg was a turning point in the American Civil War and was fought on July 1-3, 1863 in and around the town of Gettysburg, Pennsylvania.

The battle began when Confederate forces, seeking to invade the North, clashed with Union troops at the town of Gettysburg. The Union army was able to hold its position and repel the Confederate attack.

One of the most well-known addresses in U.S. history is President Lincoln’s Gettysburg Address. Even though it was just a few minutes long, the message of solidarity and fair treatment that it conveyed will live on in the minds of listeners forever.

Lincoln used the speech to pay tribute to the men who had died at Gettysburg and to reaffirm the values of the Constitution and the Declaration of Independence. Additionally, he urged Americans to recommit themselves to the cause of eradicating slavery and maintaining the Union.

For its eloquence and its profound message of national purpose, the Gettysburg Address is still frequently read and studied today.

2. Pickett’s Charge marked the end of the battle.

On the third day of the Battle of Gettysburg, Confederate General George Pickett led a push against the Union center, which was firmly guarded by Union forces.

The purpose of the charge, which became known as Pickett’s Charge, was to change the tide of the war in favor of the Confederacy by breaking the Union center. The charge, however, met with fierce opposition from Union troops and was eventually unsuccessful.

Also Read: Facts About the Battle of Vicksburg

The failure of Pickett’s Charge signified the end of the battle, and it was a critical turning point in the Civil War as Confederate army’s defeat in this engagement was the first major defeat of General Lee’s Army of Northern Virginia.

3. One of the bloodiest battles of the Civil War

Among the many bloody battles of the Civil War, the one at Gettysburg had almost 51,000 casualties.

About 23,000 soldiers died for the Union, while about 28,000 died for the Confederacy. Lost soldiers include those who were killed, injured, went missing, or were captured.

The enormous number of men involved and the intensity of the combat over three days contributed to the high number of casualties at Gettysburg.

General Robert E. Lee and the Army of Northern Virginia suffered their first major loss of the Civil War at the hands of Union forces at the Battle of Gettysburg.

Many in the Confederacy had begun to believe that Lee was unbeatable after his streak of wins over the Union army leading up to the Battle of Gettysburg. The loss at Gettysburg, however, was devastating to the Confederacy on several levels.

A huge military setback was suffered, and Lee’s first invasion of the North came to a halt. Lee’s leadership skills and the Confederacy’s chances of victory were both questioned after Gettysburg.

One of the most pivotal engagements of the Civil War, the Union’s triumph at Gettysburg was important in the South’s ultimate defeat.

5. There were many smaller skirmishes.

Several smaller skirmishes and engagements occurred near Gettysburg over the course of the three-day fight, which took place on July 1-3, 1863.

Skirmishers, cavalry, and artillery forces from both sides fought in these skirmishes. Aiming to gain an upper hand or securing the safety of the flanks and rear of the main battle lines, these engagements were fought for a variety of reasons.

Battles were fought on the roads leading into Gettysburg and on the hills and farms in the area. Casualties were high in these skirmishes, but they were crucial in determining the overall fate of the larger fight.

The three-day main combat at Gettysburg was just one part of a complicated and multidimensional conflict.

6. First important Union victory in the Eastern Theater of War

The Union won the Battle of Gettysburg, severely damaging the Confederacy. General George G. Meade, who had assumed command of the Union’s Army of the Potomac only days before the engagement, led the Union forces.

General Robert E. Lee commanded the Confederate Army of Northern Virginia. Lee’s army was defeated by the Union forces and was forced to retire to Virginia.

In turning back the Confederacy’s second invasion of the North and Lee’s first invasion in the North, the Union army’s victory at Gettysburg was a watershed moment in the Civil War. As the first important Union victory in the Eastern Theater of War, it also boosted morale in the North.

The Union’s morale was boosted by their decisive win at Gettysburg. The Union army had been losing ground before Gettysburg, thus their victory there was a major turning point in the war.

It was the first time the Confederate army had suffered a decisive loss, and it proved that the Union army could win a significant fight against the Confederacy. There was a noticeable uptick in morale amongst both troops and civilians, which ultimately aided the Union army in keeping the upper hand throughout the duration of the conflict.

General George G. Meade, the Union’s newly appointed commander, showed his mettle and the mettle of his troops in this combat.

8. The site is now a National Military Park

The battlefield of the Battle of Gettysburg is preserved at the Gettysburg National Military Park, which is managed by the National Park Service. In 1895, in order to preserve the battlefield and honor the troops who fought there, a park was created.

Those who come to Gettysburg National Military Park can learn more about the conflict and the Civil War by taking a guided tour of the battlefield, viewing the monuments and markers erected in honor of the fallen troops, and perusing the exhibits at the Gettysburg Museum and Visitor Center.

More than 1,300 monuments, markers, and memorials are spread out across the park’s more than 5,000 acres. These include the Pennsylvania Memorial, the Soldiers National Monument, and the Eternal Light Peace Memorial.

Pickett’s Charge, the High Watermark of the Confederacy, and Little Round Top are only some of the highlights of the war that can be seen on a self-guided driving tour of the battlefield.

In sum, the Gettysburg National Military Park allows visitors to learn about and pay tribute to the soldiers who fought in one of the most significant conflicts in American history.

9. The war continued for another two years.

The Civil War lasted another two years after the Union’s triumph at Gettysburg. The Confederate army did not surrender and kept fighting in subsequent campaigns and battles against the Union.

The Union army was victorious as a result of these offensives and took control of a large portion of former Confederate territory. The Confederate army, however, did not wish to give up without a fight, and they did so right up until the war’s end.

On April 9, 1865, at Appomattox Court House, Virginia, General Robert E. Lee surrendered the Army of Northern Virginia to General Ulysses S. Grant, effectively ending the resistance of the Confederate army. After a series of battles and months of negotiations, the final remnants of the Confederate armies surrendered on June 23, 1865, effectively ending the Civil War.

More than 620,000 people, including soldiers and civilians, lost their lives during the American Civil War, making it one of the bloodiest battles in the country’s history.

10. Gettysburg was subject to both a Book and Film.

Written in 1974, “The Killer Angels” is a historical fiction that recounts the events of the Battle of Gettysburg from the points of view of several people on both sides.

In 1975, the book won the Pulitzer Prize for Fiction. Scholars and history buffs alike read and study this book because of its status as a classic.

The movie “Gettysburg,” directed by Ronald F. Maxwell and based on the book, was released in 1993. Many viewers and critics alike found the film to be a faithful recreation of the conflict and its people, down to the last historically accurate detail.

The events of the Battle of Gettysburg are depicted in this film, which is adapted from a novel by Michael Shaara. It portrays the human side of the war by providing a peek of the battle’s leaders and the men who fought there.

Both “The Killer Angels” and “Gettysburg” have been lauded for their contributions to popularizing the story of the Battle of Gettysburg and perpetuating its legacy.