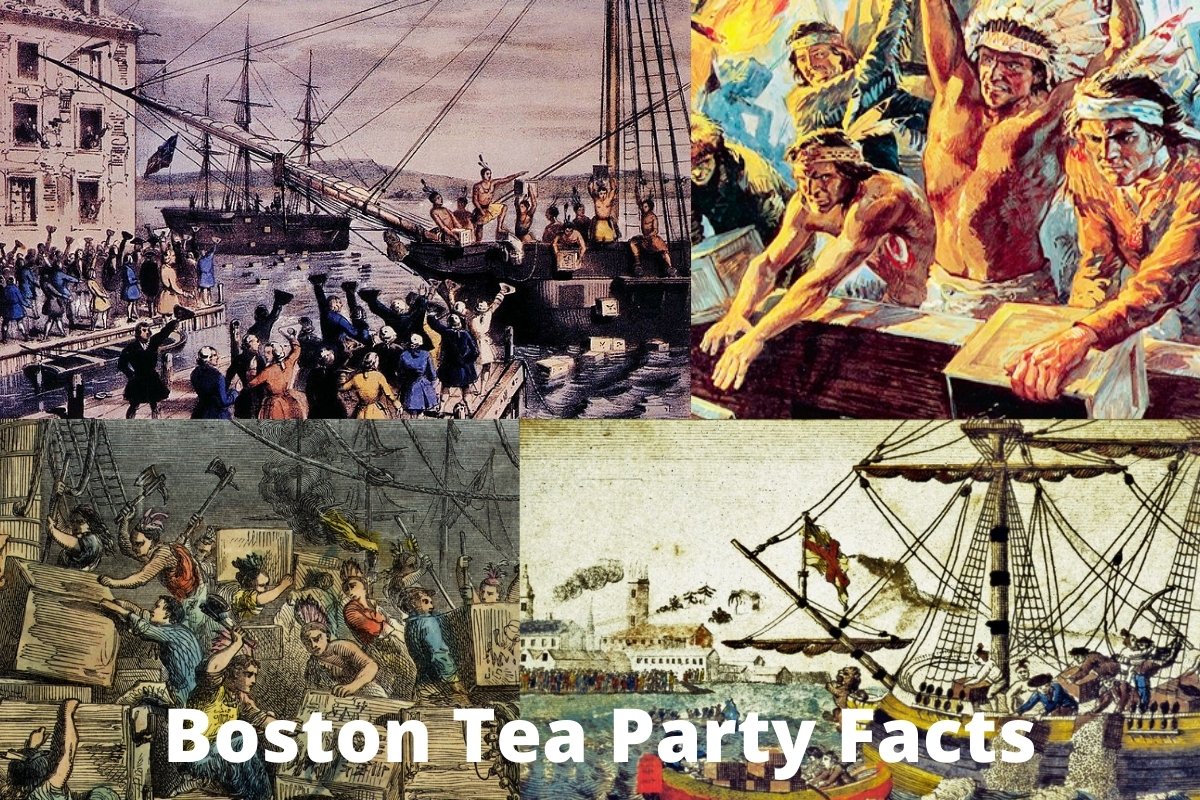 The Boston Tea Party was a protest that took place at the Boston Harbor in 1773. American colonists dumped more than 92,000 pounds of tea (estimated value of just under $ one million) into the water as a protest of the British government’s high tax on the item.

The historical importance of this event is that it fueled the tension between the colonies and the monarchy, which lead to the Revolutionary War.

Historians believe this action was the first unofficial act by the colonists in demanding their declaration of independence from England. This spirited act of defiance brought the colonies together as one in the fight against the Brits.

The event that constituted the Boston Tea Party was the dumping of 342 chests of tea into the Boston Harbor on December 16th 1773. It was a political protest by American colonists that were dressed as Native Americans to show their anger at the British government over the Townshend Acts of 1767.

What was a Major Consequence of the Boston Tea Party?

Who Orchestrated the Boston Tea Party?

Sam Adams and the New England Sons of Liberty organization are said to have orchestrated the Boston Tea Party. Adams is said to have hidden a message in one of his speeches during a town meeting as a signal for the Sons of Liberty to start dumping the tea in to Boston harbor.

What Role did Parliament Play in the Events that led to the Boston Tea Party?

It may come as a surprise that the Boston Tea Party wasn’t a protest against a new tax hike on tea imports. Instead, it was a response to the British government’s Townshend Revenue Act of 1767.

The monarchy placed a new tax on all commodities such as paper, glass, oil and paint. The colonists became outraged when all import taxes were lifted except for tea.

Many historians believe the British government was providing financial assistance to the struggling British East India Company with the tea tax. The company was having trouble selling their products, which forced them to make a commission-free deal with colonists.

The disagreement between the monarchy and colonists was over the payment of a tax to the government which had no role in the transaction.

2. The Attacked Ships were from North America

The consensus opinion of the Boston Tea Party is that the American colonists took a stance against the British monarchy. Which is true, but the three boats (the Beaver, the Dartmouth and the Eleanor) were owned by colonists. It has never been confirmed if the ship owners were British sympathizers.

But it is true that the ships brought supplies to London, then commissioned to bring tea back to the colonies. Technically, the protest took place on private property as the boat was owned by local shipping contractors and the tea was owned by the British East India Company. The British government had no connection with the items on board.

3. The Tea was Chinese Green Tea

In the 18th Century, the British East India Company exported only spices and cotton from their home country as the tea came from China. Often, their trading ships traveled to London before continuing their journey to the colonies.

It wasn’t until the 1830s that India was operating their own tea plantations.

Do not believe the notion that the Boston Tea Party was the starting point of the Revolutionary War. Yes, it is true that the protest did help to unite colonial America as one, but the majority of the leaders were opposed to using violence as their source in gaining freedom.

The real cause of the war was Britain’s sanctions against the colonies following the Boston Tea Party. They passed a series of laws called “The Intolerable Acts” in 1774.

These were legal measures that would put the colonies in a financial bind. The biggest sanction was against the Massachusetts colony as the monarchy closed the Boston Harbor and replaced local elected political leaders with their own choices.

Ben Franklin offered to pay for the damages caused by the Boston Tea Party under one condition that the Brits re-open Boston Harbor. The monarchy refused his offer, but their authoritarian measures caused the colonists to resort to violence as their private property was being jeopardized.

Yes, this is a true statement as the colonist protestors dressed as Indians to gain access on the ships. Some of the colonists held tomahawks and slightly darkened their faces to hide their identity.

The English portion of the group was uncomfortable with the thought of dressing inappropriately in public so to create an atmosphere of misrule against the British monarchy.

Others thought the disguises would divert attention away from them becoming prime suspects in the incident. The latter seems to be the real reason for wearing disguises, so to avoid the possibility of being charged with high crimes by British authorities.

The Boston Tea Party occurred in 1773, but the term wasn’t used until a newspaper report in 1825. The colonists defined the term “party” as an organized event that is celebrated with friends.

The newspaper report described the Boston Harbor protest as a party to celebrate disobeying Britain’s authority of the colonies by dumping their tea into the water. This was supported by the belief that the Brits loved their daily tea party, which was prevented by the actions of the protestors.

The Boston Tea Party wasn’t the lone protest on the eastern shoreline. There were at least 10 other uprisings that went from Philadelphia down to Charleston.

All were inspired by the actions of those colonists protesting at Boston Harbor. The Philadelphia uprising forced a ship’s captain to turn his vessel around and head back to England.

8. Where is the Actual Location of the Boston Tea Party?

The biggest misconception of the Boston Tea Party is identifying the actual location as it took place in the Boston Harbor. That is incorrect as the protest took place on the corner of Congress and Purchase Street in Boston.

Today, that location is one of the busiest intersections in town. It holds a historical marker that commemorates the event. Plus, there is a Boston Tea Party Ship Museum, which is located on the Congress Street Bridge.

The colonists had a strict code of silence among them, so no one was ever officially identified as being a participant of the Boston Tea Party protest. However after a few years, an anonymous tip brought one person (Francis Akeley) to be imprisoned and later tarred and feathered for his crimes.

Historians believe the protest needed at least 100 colonists to dump the tea into the harbor. However, local Boston historic societies have documented at least 116 unnamed individuals participated in the uprising.

Samuel Adams organized a group called the “Sons of Liberty” that would carry out the Boston Tea Party protest. The group was defending the colonist’s rights by protesting and undermining Britain’s rule.

The group was comprised of people from all walks in life as some of the famous Sons of Liberty members were John Adams, John Hancock and Paul Revere. After the Boston Tea Party, the majority of the protestors fled to surrounding areas, so to avoid being implicated in the matter.

10. There was a Second Boston Tea Party

In March of 1774, 60 men boarded “The Fortune” ship to throw 30 cargo loads of tea overboard. Despite being a small protest, this uprising gained little attention from the local Boston community. However, the protest did encourage colonists in New York, Maryland and South Carolina to organized their own tea-dumping uprisings.

It inspired the first Continental Congress to devise a plan of resistance against the oppression by the British government. The delegates voted to move ahead and gain their independence from the Commonwealth.