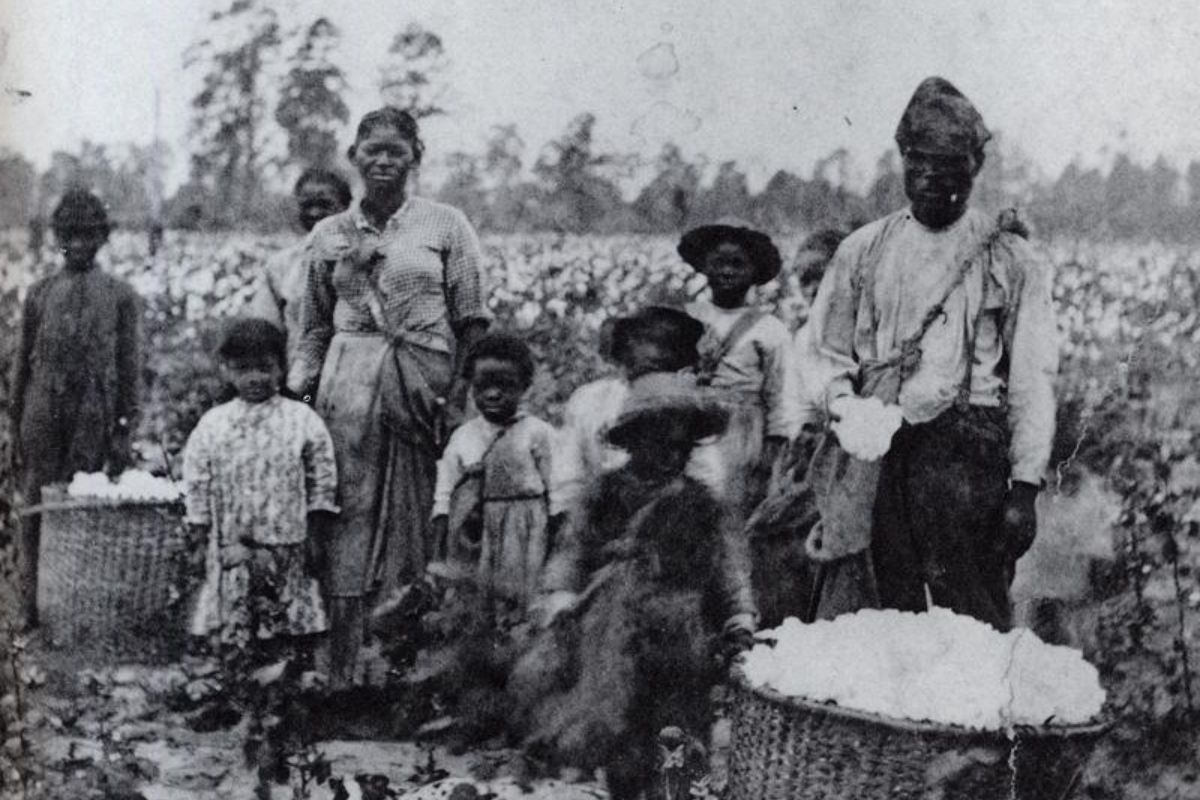 Some people are astonished to learn that black slave owners existed in the United States. While white people controlled the great majority of slaves in the United States, a tiny minority of African-Americans, particularly in the South, were able to acquire or inherit slaves.

Some African-Americans who held slaves in the United States were former slaves who were able to buy their own and their families’ freedom, while others were free people of color who inherited or purchased slaves.

It is crucial to remember, however, that the vast majority of African-Americans in the United States were enslaved, and that slavery was intrinsically unjust and morally wrong, regardless of the slave owner’s color.

Johnson was himself a liberated indentured servant who had gone on to become a prosperous farmer in Virginia after serving as an enslaved laborer in the past.

He was the owner of a plantation as well as other slaves, and he is remembered for a legal case in which he successfully petitioned to have one of his former indentured workers, a white man called John Casor, declared his lifetime slave. This case gained him notoriety, and he is remembered today.

Ann Deas (fl. 1847) was a hotelier in the United States. Between 1834 until 1847, she was the owner and manager of the famous upscale hotel Mansion House Hotel in Charleston, South Carolina.

She belonged to the Free Colored class in Charleston, South Carolina; both her mother and stepfather had been slaves but were freed in 1798. She was Jehu Jones’ half-sister.

Her stepfather purchased the Burrows-Hall House hotel in 1815 and transformed it into the famous Jones Inn, one of Charleston’s most profitable hotels favored by the rich white elite.

Her stepfather died in 1833. Ann Deas took over her stepfather’s business in 1834. She ran it successfully, and it remained one of Charleston’s most prestigious hotels.

She changed the name to the Mansion House Hotel. She used slave labor in her staff, as was usual for other Free Colored business people: in 1840, she is identified as the owner of five slaves working in her hotel.

William Ellison was an African-American slave owner and merchant in South Carolina in the 19th century. He lived during that time.

In the year 1790, he was born into slavery, but he eventually bought his freedom as well as that of his family.

Ellison eventually won his freedom and went on to have a prosperous career as a cotton gin manufacturer and plantation owner. He ran a sizable plantation in South Carolina with the assistance of enslaved people who worked there.

He was also involved in politics on the local level and served as a representative for his district in South Carolina’s state legislature.

After winning his freedom, Stanly went on to establish himself as a prosperous entrepreneur and slave owner in North Carolina, where he had a plantation as well as various other companies.

It is essential to keep in mind that despite the fact that Stanly held slaves, he did not enjoy the same legal protections as white slave owners and was forced to live in a segregated environment because of his race.

In addition, it is necessary to acknowledge the intrinsic immorality and injustice of the system of slavery itself, which is true regardless of the racial background of the slave owners.

Antoine Dubuclet was an African-American man who held slaves in the state of Louisiana in the 19th century.

In the year 1810, he was born into slavery in the state of Louisiana, but he eventually bought his freedom and that of his family.

After winning his freedom, Dubuclet went on to become a prosperous sugar farmer and slave owner. He ran a plantation in Louisiana with the assistance of enslaved people who worked on the plantation.

He was also involved in politics on a local level and represented Louisiana in the state legislature at one point.

Her mother was a black slave, and her father was a white French colonist when she was born. Marie Thérèse was set free from slavery at a young age and went on to receive a sizable plantation from her father. She ran the plantation with the assistance of enslaved people who worked for her.

She was married to a white man named Claude Thomas Pierre Metoyer, with whom she had several children, and the two of them ran a prosperous farming and trade business in Natchitoches Parish together.

Marie Thérèse Metoyer, who was a person of color and free in Louisiana, was in a distinct social and economic position than individuals who were slaves in the state, which is an important fact to keep in mind.

Despite the fact that she was a slave owner and benefited from the labor of her slaves, she was not accorded the same legal privileges as white slave owners and was forced to live in a segregated community because of her race.

Ana Gallum, sometimes known as Nansi Wiggins, was a Senegalese lady who was enslaved in Florida and rose to become a plantation owner. She lived from around 1755 to 1840.

She had been abducted from her own country and forced to serve as a bondswoman in the Americas.

From the beginning, her experience mirrors that of millions of other Africans who were sold into slavery during the Transatlantic Slave Trade and endured the Middle Passage. But Gallum’s life was not like theirs in any significant way.

She served as a bondswoman for a brief time, and then married her former master, a white plantation owner from England, with whom she had six children. She was eventually set free.

Eventually, after her husband died, Gallum inherited a large number of slaves and ran a plantation in what was then Spanish Florida.

Dereef was a prominent member of South Carolina society and the scion of a wealthy mulatto family, but he faced racism and sexism because of his color.

During the time of Reconstruction in Charleston, South Carolina, he was an alderman and was recognized as one of the city’s wealthiest black men.

Dereef claimed Native American ancestry through his grandmother, exempting him from the Free Black Man’s Tax.

In 1823, he and his cousin John Cain moved to court to have the Dereef and Cain families’ tax exemptions validated on the grounds that they were authentically descended from Native Americans.

Because he identified with a lighter skin group that did not mix with darker blacks and looked down upon them, he held as many as forty slaves, all of whom were of a darker skin tone.

She was Andrea Dimitry’s wife. They were a mixed-race couple. She was one of the most powerful women in the history of creole New Orleans. Dragon was a black woman who pretended to be white. She has Greek-French and African ancestors.

He was a slave owner who owned up to 40 slaves, all of whom were darker in skin color because he belonged to a lighter complexion group that did not mingle with darker blacks and looked down on them in all aspects of life.

He served as the United States’ Ambassador to Costa Rica and Nicaragua. Euphrosyne, her first daughter, married Paul Pandely. Elizabeth English, Paul’s mother, is said to be a member of the English royal House of Stuart.

In the United States, businesswoman and landowner Aspasia Cruvellier Mirault (1800–1857) was a notable figure. Despite the ban on non-whites owning land in Antebellum Savannah, she was able to purchase property in the Georgia city.

The French colony of Saint Domingue is where she was born, and she has always been considered a free person of color. She was the sister of Francis, Peter, and Justine Cruvellier and the daughter (or younger sister) of Hagar Cruvellier (fl.

At first, she was a seamstress in her family’s tailor shop. Along with her sister Justine, she started a bakery and pastry shop in 1825. She eventually established herself as a powerful figure in the economic world.

They had two daughters, Louisa and Letitia, through her marriage to Samuel Mirault. By 1829 or 1831, she was a widow. At that point in time, she had already opened her own bakery. Slave labor was used in the family company as well; in 1839, she reported paying taxes for five female slaves, just like her mother and sister who were also black slave owners.